March, 2020 – Last November, the elite soccer team from Ladela Secondary School made their way to Glisten International Academy to play the final match in the Uppified League Pilot program. About 300 spectators awaited the outcome of the game.

Fifteen weeks earlier, Uppified League reached out to both schools requesting their participation in a prototype of a new, holistic varsity soccer program. Each school ran an Intramural program with two teams who practiced and scrimmaged for seven weeks. Both schools also ran a track for Live Production training, as well as a Youth Leadership track. At the end of the seven weeks, the elite soccer team from each school faced off in a Championship game that was produced live by a production crew from both schools working together as one team.

Glisten took the win of Uppified League’s first Championship game with eight points to Ladela’s one. Most remarkable was the sportsmanship and professionalism displayed by both teams.

Due to the success of the pilot program, Uppified League is continuing with the program and officially launching in 2020! “As organizers of the league, it was encouraging to witness the atmosphere of the game. The engagement was very promising – this is the sort of air we want to see as we roll out the program to secondary schools in Nigeria”, says Ubong Eton, founder of Uppified League. “Uppified League is not just about soccer. It is about raising a generation of athletes and production talent with values and leadership qualities that are lacking in today’s society and ofcourse creating incredible opportunities for these talents.”

Uppified League is a combination of soccer Intramural, Live Production, and Youth Leadership training designed to be integrated as an extracurricular in secondary schools. In addition to the experience gained by the athletes and production talent, the Uppified League web portal tracks players’ stats with gameplay videos offering an avenue for the exposure of talents to scouts. Enrollment will be available in four divisions and it is estimated to cost around $15,000 per school depending on the division the school qualifies for. The enrollment cost covers:

Uppified League Ambassadors for Nigeria, Preach Bassey and Sally Williams who coordinated the prototype phase and played a critical role in engaging the schools and overseeing the implementation of the pilot run. They witnessed a level of energy and optimism among the students throughout the the tournament. Doug Husen, Peter and Jenn McGowan, and Brianna Vasquez who played an advisory role for the project believe that with the potential and passion exhibited by students and staff, Uppified League has the potential to greatly transform the school experience for the students.

Launching in April 2020, the program will initially be available to private secondary schools in Abuja, Nigeria. Secondary school athletic directors can learn more and sign up at the Uppified League website – https://uppifiedleague.com/onboarding/.

Uppified League is a sports platform by FANAMIPROJECT designed for athletic and production talent development at secondary schools.

FANAMIPROJECT is a US-based startup dedicated to developing platforms and solutions designed to redefine futures for Africa’s youth. 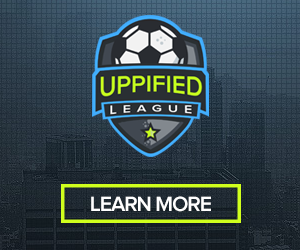